The Word CENTRY™ (defined by us)

A “CENTRY™ / Centered Soldier” is a member and brother of The CENTRY League. We consider the CENTRY League a brotherhood of greatness because we live by a Code to Serve, Honor & Protect as Servants, Soldiers & Heroes. By living this way, we create a great impact on the people and the world around us. It’s this impact that makes us a Brotherhood of Greatness.

Every CENTRY strives to live a fruitful life as a Servant, a Soldier and as a Hero from the center of his being (or his heart) in a way that displays love, honor and respect. This CODEX is meant to be a point of reference for every CENTRY to read and understand before being expected to live as an effective CENTRY brother. These principles and standards are meant to help every CENTRY create healthy habits, healthy relationships and a successful life that’s constantly fruitful & multiplying.

Every male that joins the CENTRY™ LEAGUE, by completing the CENTRY™ CODEX Brother Course, is officially known as a CENTRY™.

A CENTRY is A Centered Soldier that Serves, Honors and Protects others centered, or grounded, in the things in life that matter the most in life while creating fruitful relationships and having a positive impact on others.

A Centered Soldier places others above himself and allows Gods love to flow from his heart, or the center of his being, in a way that benefits others and also himself. Our center is our heart, our purpose, our mission and our commitment to Our Father God, His Will, His Desires and His Kingdom.

A primary goal of the CENTRY League is to help each brother find and operate from the center of his being focused on those things that are most important in life and that create mindsets, habits, relationships and connections that are fruitful & multiply.

“I SERVE, HONOR & PROTECT with the Heart of a SERVANT, SOLDIER & HERO that’s always Fruitful and Multiplies.” 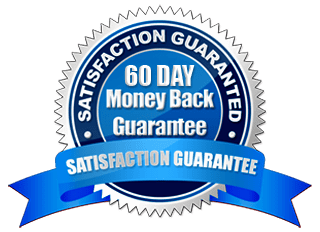 Signup below for CENTRY™ news, updates and special offers.

Thank you so much for subscribing to our list! To confirm your subscription, please click the link in the confirmation email sent to you. Remember to check your spam folder if you don’t see it. ~To Your Success, The CENTRY™ League